(Here's my spanking new Instagram handle: a.c.zamudio)
I just tabled at SOFA for the first time, which was an unforgettable experience. I'm gonna get a little sappy here. Where do I start?
I'll set the scene. I shared a table with my husband Carlos Nicolas Zamudio, as always. This is the first con where we had banners for both of us and a fancy black tablecloth. He showed off his latest sculptures, which are lovely and drew a lot of eyes. This convention was Thursday – Monday. That’s 5 days long. That’s a full work week, not including the fact that we were there from 10 AM – 9 PM most days, not including the time it took to set up in the mornings. So it was exhausting, and I caught a bad cold on the second day, but if you ask me, I think it was worth it. This convention was a life changer for me personally. Considering that I only make plans for one or two conventions per year currently, I wouldn’t mind doing this again next year.
I didn’t advertise the fact that I was going to SOFA. I seem to have developed an irrational fear of social media and have been breaking down lately almost anytime the obligation arises to talk about my work or myself online. I don’t know how to talk about myself online, I feel pressure to exploit my personal life, and I expect my exploitation of myself to either be ignored or misunderstood. It’s a silly attitude to have, I know, but I’m a depressive, neurotic recluse to begin with. I used to feel very confident to show off my work back in my DeviantART heyday, but something changed when I left that place. I think I’ve been missing the sense of community I had back then. Maybe I’m being naive, but the way my fellow creatives treated me at SOFA made me feel for the first time in a long time that I’m among kindred spirits who understand me on a deep, personal level and who sincerely want me to join their community.

I can’t begin to express how flattered and honored I am to have gone out for beers with several of the best artists in the country (and the amazing R.K. Post). I don’t think any of you know how much it meant to me. Maybe it’s the fact that there is no well-established industry here, maybe it’s just the guys I met, but the atmosphere I experienced was casual and inviting. Not much business talk and just a lot of shooting the shit and sharing sketchbooks. I’ve lived in this country for over a year, and this weekend was the first time I really, truly felt at home here.


For my American friends, Colombia is small compared to the U.S. (about the size of Alaska) and has few artists, but those here are as talented and inspired as any, and they might even have more passion for their work. After all, if they didn’t have so much passion, they probably wouldn’t be where they are today. The general art industry is never an easy one to survive in, but the Colombian market for original talent is almost nonexistent, and getting work in other countries for these artists has its own complications, making it nigh impossible to maintain a career here. These artists’ ambition and fierce fighting spirit continues to blow me away. It makes me appreciate the opportunities that I’ve been given even more, and it makes me want to fight for these artists and foster an industry here, however I can.
What else can I say about SOFA? My fellow Americans would agree that there’s a big divide between those who go to cons for the sake of novelty and those, usually in the orbit of geek culture, who appreciate our work. I dare say the divide is greater in Colombia. Many people needed to be told that the work I was selling was my own and that I wasn’t a retailer, even while I was drawing in front of them. One kid asked Nick and me if we sold Sin City… twice. There were a surprising amount of young children around, and I couldn’t tell how many of their parents understood what kind of place artist’s alley is and what sort of content we sell there. There were a lot of people taking photos of artists without saying a word to us, as if we’re animals in zoos, which was the worst part. The convention organizers hardly knew what to do with us either. But to be fair, the art scene is apparently very new in this country, so there isn’t a universally understood convention etiquette, and most people have never met professional artists before, so we are a novelty. Most people who stopped by our table were respectful and wonderful. And since the art scene is growing, I firmly believe that future years will only get better for everyone.
Huge thanks to my husband for setting the con up for me and taking care of me while I was sick and for speaking on my behalf most of the time since my Spanish is still terrible. Thanks to everyone who met me at SOFA, fans and creatives alike. I met so many wonderful people there, and my memory bank is so unfortunately small, and I neglected to get all of your business cards! I’m going to contact as many of you as I can, and please contact me if I fail. You know who you are.

I'm not much for blogging these days, so I'll keep it simple: I'll be at Heroes Con this weekend. Currently I'm located at AA-1507, but I'll probably partner up with Nick at AA-1508. I'll be taking commissions! And I'll be sitting by the writer of my latest comic SHADOW ROADS, which came out last month as part of Free Comic Book Day. 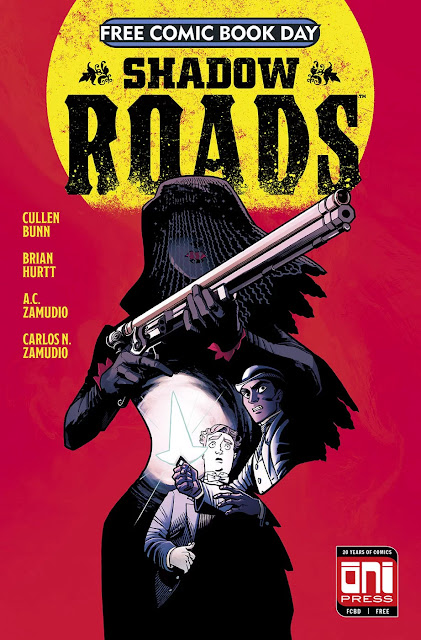